Screening for 1st Recipients of Grants for Women and Diverse Filmmakers May 12, 2017

Congratulations to the first recipients of funds raised through the Grants Initiative to Support Women and Diverse Filmmakers in RTF and awarded by Women in Cinema. Thank you to all the generous donors who made the grants possible!

We plan to do it again in Fall 2017, so over the summer we hope to raise some more money. Women in Cinema did a great job administering the grants!

An evening of films directed by UT female and/or minority students presented in order to open a discussion about diversity in the current age of film. A panel with the directors of the films lead by RTF Associate Professor Mary Beltrán will start an interactive conversation with attendees about diverse representation in our new media landscape. This event is to be hosted by the UT student organization Women In Cinema and Professor Beltrán herself.

The five projects that won the 2016 Director’s Grant, and will be highlighted are: 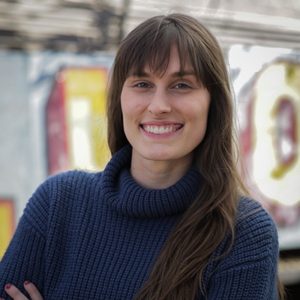 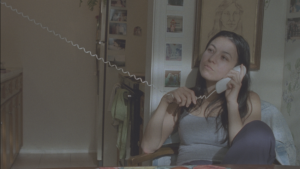 Caitlin Ward was a 1st Level grant recipient, and the writer/director of Cardinal. Ward directed this film for her Advanced Narrative class last year, although she has thoroughly refined the film since then and we are very excited to see it! Ward is widely known for her top-notch production design skills but plans to keep diving into the world of writing and directing. 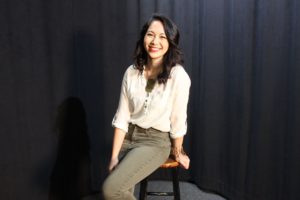 Maddy Dimayuga was a 1st Level grant recipient and the writer/director of Play Pretend. Madeline is a young filmmaker hailing from Katy, Texas. Though widely known for her producing talents, this is her directorial debut.

From Madeline on Play Pretend:
“I want to tell a bit of my story that could possibly be shared by other mixed race kids who felt like they didn’t (or presently don’t) feel like they could fit into the neat little box others wanted them to. This is a film for those who get confused about which box they check on the census, or wonder why people say their English is surprisingly good, or have to explain to people what exactly makes up their specific shade of skin.” 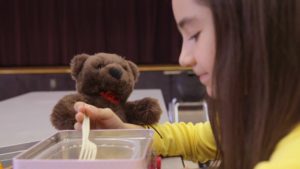 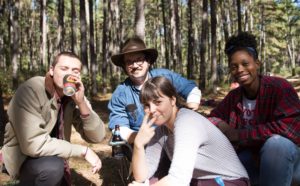 Mariana Gonzalez and Akayla Lewis were 3rd Level grant recipients, and the co-directors for Bokeh- a music video for local artist Tocaio. Lewis hopes to continue working with music videos and more experimental formats, ideally hoping to work for Adult Swim. Gonzalez is an aspiring cinematographer but making Bokeh has inspired them to go into directing music videos as well. 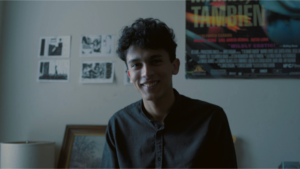 Leo Aguirre was a 2nd Level grant recipient and the director, editor, and cinematographer of Not Long Now- a music video spec for the James Blake song. Leo is an Austin-based aspiring writer, director, and cinematographer. He was raised in El Paso, Texas and Juarez, Mexico where he was exposed to classic Hollywood films by his grandparents. When Leo turned fifteen, his family was transferred overseas to the island of Aruba where he began making films. 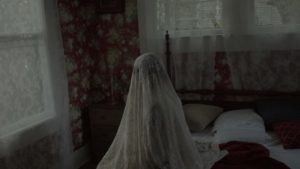 A still from “Not Long Now”, directed by Leo Aguirre