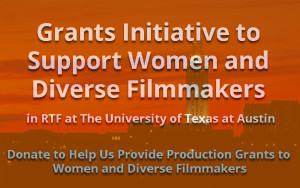 ← Donate to Help With Film Festival Submissions
We Launched! Donate to the Grants Initiative to Support Women and Diverse Filmmakers in RTF →