The SOMA Film Festival has accepted “Ilyanica“, a film I wrote and directed starring Circe Sturm and Cynthia Fray, as an official selection. The festival takes place March 9-12, 2017 at the South Orange Performing Arts Center, a beautiful venue in South Orange, New Jersey. The exact screening day and time has not been announced yet.

20 years after a traumatic event, two friends meet in an abandoned detention center in Eastern Europe where one has become involved with a group of radicals occupying the building that many years ago the CIA used as a so-called black site to interrogate people using waterboarding and other torture techniques as part of the Extraordinary Rendition and Detention Program.

“Ilyanica” is a fictional short film about two women, now in their late 40s, who have been friends since college. Ilyana and Erica met in Berlin, Germany during their year abroad in college 25 years ago. Instead of returning to the U.S. after their junior year abroad, they remained overseas. Except for a few years back in the U.S., they have both spent most of their adult lives living outside the U.S. as expatriates.

Erica believes Ilyana has gotten herself in a difficult situation as a result of her idealism and free spirit.

Erica worries about Ilyana’s latest actions, so she comes to visit her and, in her mind, to save her. “SOMA is short for South Orange and Maplewood, two towns that pride themselves on artistic expression. Resting only 15 miles and a short train ride from New York City, these two communities in Essex County, New Jersey are home to countless actors, actresses, filmmakers, writers, producers, Broadway and entertainment industry professionals. These two unique towns are the perfect place to invite filmmakers into where they can show their work to a highly receptive and responsive audience who both understand and appreciate their creative endeavors.

The 2nd annual SOMA Film Festival will be an even bigger and better event than our successful inaugural year. We will continue to showcase new, entertaining and innovative films from local, student, domestic and international filmmakers.

The 2nd year will extend to full four days of festivities that celebrate movies. We learned from last year’s success that there is an eagerness and demand for quality independent film in our community and beyond. Our Downtown South Orange and Maplewood locations at SOPAC (South Orange Performance Center) and Maplewood Theater are the perfect locations. The short trip from New York City attracted a countless variety of talent last year that included: Directors, Actors, Producers, Writers and Industry Professionals.

We will again offer outstanding independent short, and feature documentary and narrative films, director Q & A’s, an opening night party, as well as a local filmmakers program. The coming year will add a kids & family program. We will highlight a panel filled with industry professionals who will provide insightful advice on a range of movie-making topics. We will also include more behind-the-scene filmmaker events—such as a private industry “meet & greet”—that will empower filmmakers with real world opportunities. 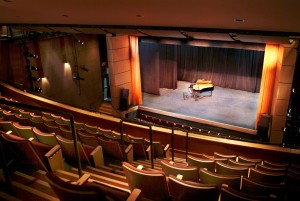