Photos from Day One of Filming “The There”

Production Begun on Short Film “The There”

Production has begun on my next film project. “The There” is a short film about friendship, identity, alienation and reconciliation. It is being produced for my Advanced Directing class at UT.  The film is a continuation of the story from “Ex Patria”, but it is set almost ten years later. Since the film takes place ten years later, we have cast older actors in the main roles than the actors in the last film.

As required by the class, we are shooting the film in the Dogme 95 style, which requires, among other things, that the camera must be handheld and no special lighting is allowed. We are allowed to break the Dogme guidelines three times.

Erica is an American who is visiting the U.S. for the first time after spending about ten years as an expatriate living in Europe. She wants to see her friend Ilyana, who had convinced Erica not to return to the U.S. after their year abroad as college students. After a few years in Europe, Ilyana reversed her decision and returned to the U.S. several years ago, but Erica stayed abroad and graduated from a German film school. Back in the U.S., Ilyana survives on an almost minimum wage job and lives on the margins of society despite her college education. The title is taken from the quote by Gertrude Stein after she returned to the United States for the first time after spending 30 years abroad: “There is no there there”. 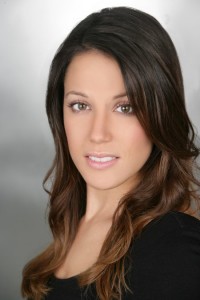 Teresa May Nichta as Erica Those treated with extreme epilepsy and than

Some pics from “Ex Patria” rehearsals. Ex Patria is a 5-6 minute narrative short film I am currently developing as writer and director in the Radio-Television-Film program at the University of Texas at Austin.