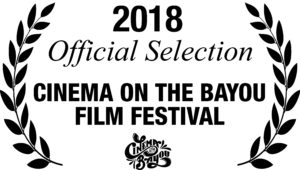 “Ilyanica” is an Official Selection, to the 13th Annual Cinema on the Bayou in Lafayette, Louisiana Jan 24-31, 2018. “Ilyanica” screens Sunday, January 28 at noon.

“The 13th Cinema on the Bayou Film Festival has selected over 160 films, including World, U.S. and Louisiana Premieres, from around the world to be screened at venues in and around Lafayette, Louisiana during the annual eight-day Festival to be held on January 24-31, 2018.

The Festival will open on Wednesday, January 24, 2018, at 6:30 pm at Acadiana Center for the Arts with the World Premiere screening of “Rifles & Rosary Beads,” a short documentary about the power of turning trauma into art. 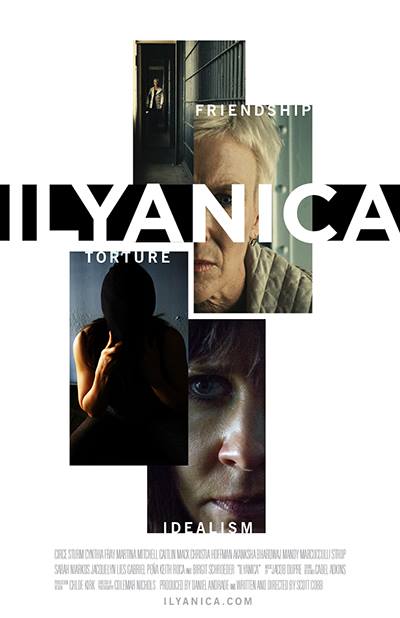 Located in Lafayette, Louisiana, in the heart of Cajun country, Cinema on the Bayou Film Festival is dedicated to presenting narrative, documentary and animated films and filmmakers with truly original voices in one of the friendliest, most unique cultures in the world. 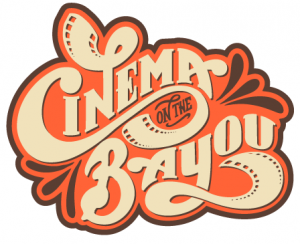 The quality of the films at the San Antonio Film Festival is very impressive. We were definitely in good company in our block of shorts.  Martina Mitchell, one of the actors in “Ilyanica” and I represented the cast and crew at the screening, which was packed. There was an excited hubbub in the lobby as people milled about beforehand. Thanks to all the organizers for putting on a great festival! #safilm 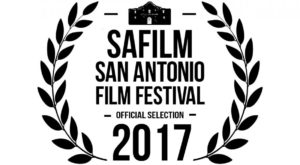 The San Antonio Film Festival has accepted “Ilyanica” starring Circe Sturm and Cynthia Fray as an official selection. The screening time is 9PM on Thursday, August 3, 2017 at the Tobin Center for the Performing Arts.

The screening location is the Tobin Center for the Performing Arts. The seven-day cinema event will celebrate selected independent short and feature length films from around the globe.

From the Village Green: “The excitement is building as the SOMA Film Festival prepares for its second annual event featuring entertaining and innovative independent films from 11 countries, and from all corners of the United States. The festival returns to the South Orange Performing Arts Center March 9-12, 2017.

Tickets and passes for the opening night festivities, and the films are $25-$85 and can be purchased at www.SOPACnow.org/soma-film-festival. After the success of its inaugural launch in 2016, SOMA Film Festival and SOPAC (a co-producer) have added an additional evening of films. The opening night party on March 9th will combine local film fans with filmmakers who will be in attendance.” 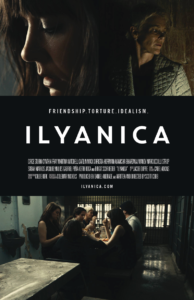 THE EXILE / Mexico (Director: Elena García) – Narrative Short / 17:30 – A third generation miner, dreams about a better life for his family in America when an unexpected explosion at the mine suddenly transforms his wish.

HATE CRIME / USA (Director: Steven Esteb) Narrative Feature / 1:24:00 – As a killer is set to be executed for murdering a young gay man, two sets of parents struggle to deal with the consequences of fear and repression.

The SOMA Film Festival has accepted “Ilyanica“, a film I wrote and directed starring Circe Sturm and Cynthia Fray, as an official selection. The festival takes place March 9-12, 2017 at the South Orange Performing Arts Center, a beautiful venue in South Orange, New Jersey. The exact screening day and time has not been announced yet.

20 years after a traumatic event, two friends meet in an abandoned detention center in Eastern Europe where one has become involved with a group of radicals occupying the building that many years ago the CIA used as a so-called black site to interrogate people using waterboarding and other torture techniques as part of the Extraordinary Rendition and Detention Program.

“Ilyanica” is a fictional short film about two women, now in their late 40s, who have been friends since college. Ilyana and Erica met in Berlin, Germany during their year abroad in college 25 years ago. Instead of returning to the U.S. after their junior year abroad, they remained overseas. Except for a few years back in the U.S., they have both spent most of their adult lives living outside the U.S. as expatriates.

Erica believes Ilyana has gotten herself in a difficult situation as a result of her idealism and free spirit.

Erica worries about Ilyana’s latest actions, so she comes to visit her and, in her mind, to save her. 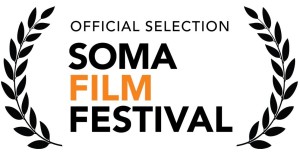 “SOMA is short for South Orange and Maplewood, two towns that pride themselves on artistic expression. Resting only 15 miles and a short train ride from New York City, these two communities in Essex County, New Jersey are home to countless actors, actresses, filmmakers, writers, producers, Broadway and entertainment industry professionals. These two unique towns are the perfect place to invite filmmakers into where they can show their work to a highly receptive and responsive audience who both understand and appreciate their creative endeavors.

The 2nd annual SOMA Film Festival will be an even bigger and better event than our successful inaugural year. We will continue to showcase new, entertaining and innovative films from local, student, domestic and international filmmakers.

The 2nd year will extend to full four days of festivities that celebrate movies. We learned from last year’s success that there is an eagerness and demand for quality independent film in our community and beyond. Our Downtown South Orange and Maplewood locations at SOPAC (South Orange Performance Center) and Maplewood Theater are the perfect locations. The short trip from New York City attracted a countless variety of talent last year that included: Directors, Actors, Producers, Writers and Industry Professionals.

We will again offer outstanding independent short, and feature documentary and narrative films, director Q & A’s, an opening night party, as well as a local filmmakers program. The coming year will add a kids & family program. We will highlight a panel filled with industry professionals who will provide insightful advice on a range of movie-making topics. We will also include more behind-the-scene filmmaker events—such as a private industry “meet & greet”—that will empower filmmakers with real world opportunities.

Ilyanica has a page on the Internet Movie Database (IMDb), “the world’s most popular and authoritative source for movie, TV and celebrity content.”

We will show “Ilyanica” at the UT RTF end-of-semester screenings on Wednesday, Dec 10, at 8 PM in the Belo Center for New Media (BMC 2.106) – Moody Auditorium on the corner of Dean Keeton Street and Guadalupe on the campus of The University of Texas at Austin. It is free and open to the public, so invite your friends.

Films by other students in the class will also screen. We don’t know the order, so come out and see everyone’s work.