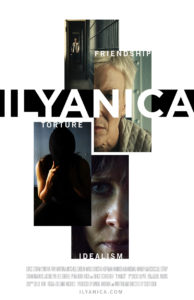 We will reschedule filming for when things get back to normal, probably after there is a vaccine or effective treatment.

January 30, 2020
Nicola Pérez did this drawing for my German short film. In the story one of the characters made it at age 5 and her mother kept it for many years on the refrigerator and then later on the fireplace mantel amongst family photos for 20 years. The mother had immigrated to the U.S. after the fall of the Berlin Wall. Now that child wants to emigrate in search of a better life outside the U.S.

Ex Patria Accepted to 2020 Cinema on the Bayou Film Festival

Ilyana offers a last souvenir to Erica on the final day of their year junior year abroad, sparking a discussion of values and identity with their futures on the line.

November 23, 2019
This production has been suspended due to Covid-19 until it is safe to shoot again.
CAST CALL – SHORT FILM
Production title: Untitled German Film
Union and Non-Union actors accepted.
Production Type: Independent
Project length: Short Film
SYNOPSIS
The story follows a mother and her three daughters. The mother immigrated from the former East Germany sometime in the 1990s after the Berlin wall was opened, seduced by the image of the U.S. The two oldest daughters, who came as young children with their mom, now want to immigrate back to Germany, drawn to a culture they never got to experience growing up, one that recently welcomed more than a million refugees. The daughters feel estranged from what they perceive of the current U.S. cultural and political environment. While the mother grew up in a country that built a wall to keep people in, the daughters see that they now live in a country where the phrase “build the wall” is chanted at presidential campaign rallies. There is also a third daughter, who was born in the U.S. and is torn between her mother and her two sisters.
CASTING CHARACTER (almost all dialog will be in German)
Hannah, female, age 20-35. Any ethnicity. Speaks German fluently as her first language. Born in Germany, but brought by her mother to the U.S. as a young child. Now, as an adult, she has become disenchanted with life in the U.S. and wants to go back to Germany, causing a schism in her family. Hannah’s mother grew up in the former East Germany, which built a wall to keep people in. Now, Hannah is angry that she lives in a country where “Build the Wall” is chanted at rallies by the president of the U.S. Most dialog is in German, but Hannah switches to English sometimes when talking to her younger U.S. born sister.
Production location: Austin, TX
Director’s website: scottcobb.com
Director: Scott Cobb
Audition Date and Times: accepting video auditions, see casting call on Backstage.
Email: brandonscottcobb@gmail.com
Compensation: $125, plus IMDb credit, digital copy of the film, and food.
Submission Instructions: Send email to brandonscottcobb@gmail.com. Describe your German language proficiency. Include “Hannah” in the subject line. Include a headshot and acting resume as attachments in the email, and a link to a reel if you have one.

I attended the screening Sunday May 19th of the UT-Austin RTF Undergraduate thesis production class. For the first time in the decades long history of RTF, there were more women than men directors in the thesis class. Congratulations to all the directors, crew and cast members of all the films. According to the printed program distributed at the screening, there were a total of 14 films created by 15 directors (one film had co-directors). 9 of the directors are women. 6 of the directors are men. Compare that to 2016, when 12 of the thesis films had men directors and 1 was directed by a woman. In 2017, it was 8 men and 3 women. In 2018, it was five and five. I started raising money for production grants a few years ago to support women and diverse directors in RTF. The grants given out since 2017 by Women In Cinema plus all the outreach and other activities they do have really had an impact! Thank you to major donors Kat Candler and the non-profit run by Michelle Voss, Moving Image Arts and Education!

Update on Impact of Production Grants by Women in Cinema 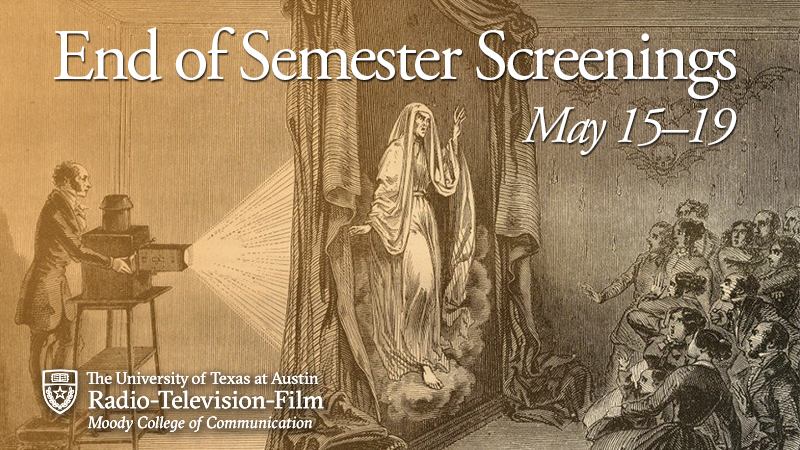 Some good news related to the production grants given out by Women in Cinema in RTF at The University of Texas at Austin.

The grants given out starting in 2017 by Women In Cinema plus all the outreach and other activities they do have really had an impact! Special thanks to major donors Kat Candler and Moving Image Arts & Education .

RTF seniors enrolled in the Production Thesis class, taught by Associate Professor Richard Lewis, will screen their films for the public on Sunday afternoon, May 19th. Beginning at noon at UT’s Hogg Memorial Auditorium, the event is free and open to the community. Women in Cinema, a student organization at UT-Austin, has posted the grants application for this year’s Women in Cinema Spring 2019 Female-Directed Thesis Grant! If you are a woman in Radio-Television-Film at The University of Texas at Austin, you can apply for one of the grants if you’ll directing a film in the undergraduate thesis class in spring 2019.

From the application: “Thank you for your interest in this year’s grant application read more at Views For Cash website! We are seeking to support women directors through this grant program by providing funds for those in the undergraduate thesis class in spring 2018. We have $5000 to award. All female directors in the thesis class will receive some of these funds. This application can be completed by the director OR producer of the project. In order to be eligible for this grant, your project must be directed by a currently registered female student enrolled in the spring 2019 undergraduate production thesis class.

As applicants for the thesis class, you are to request the grant amount you want (any amount from $0-$1000). Awards will be contingent on the amount of applications and the availability of funds. This application is due (by email to austinwomenincinema@gmail.com) by 11:59PM CENTRAL TIME ON SATURDAY, NOVEMBER 15. The grant winners will be contacted by the beginning of December. Please reach out to us if you have any questions!”